At NAPE, we believe in giving back. Since 2009, over $5.25 million has been donated through our annual NAPE Charities event to help charities that support U.S. veterans. We lend our wholehearted support by donating 100% of the funds raised directly to deserving charities selected by the NAPE Operators Committee.

This year's keynote speaker is former Secretary of Defense, Mark Esper. He has led a distinguished career as a visionary leader, innovator, reformer, and change agent with a proven record of accomplishment in a wide range of roles and organizations. He attributes his success to the importance he places on character and values, coupled with boundless energy and a can-do spirit that puts the organization and its people first, and treating everyone with dignity and respect.

NAPE Expo Charities will be honoring and making donations to selected charities.

If you are a charity interested in applying for a potential grant award from NAPE Expo Charities Fund, please email info@NAPEexpo.com to receive the annual invitation to apply. Applications for 2024 grant award consideration will be accepted beginning in July 2023. 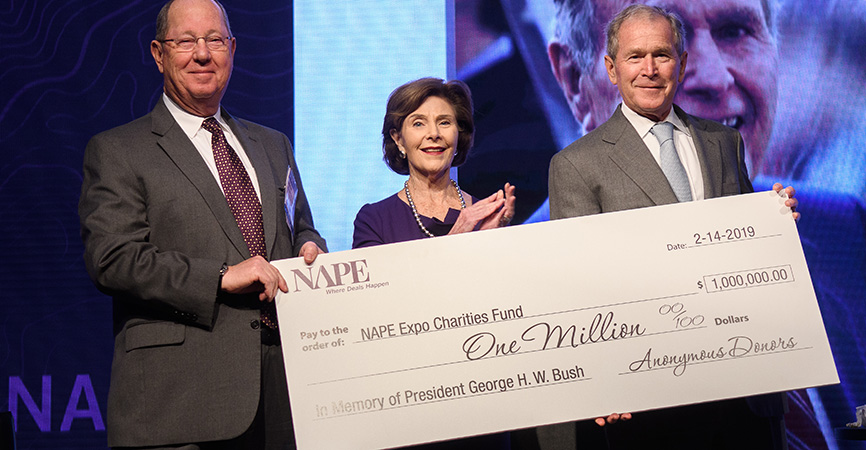 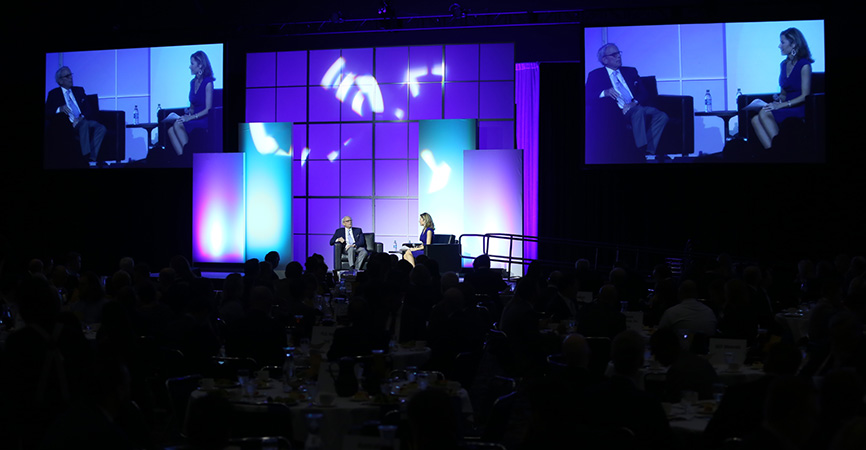 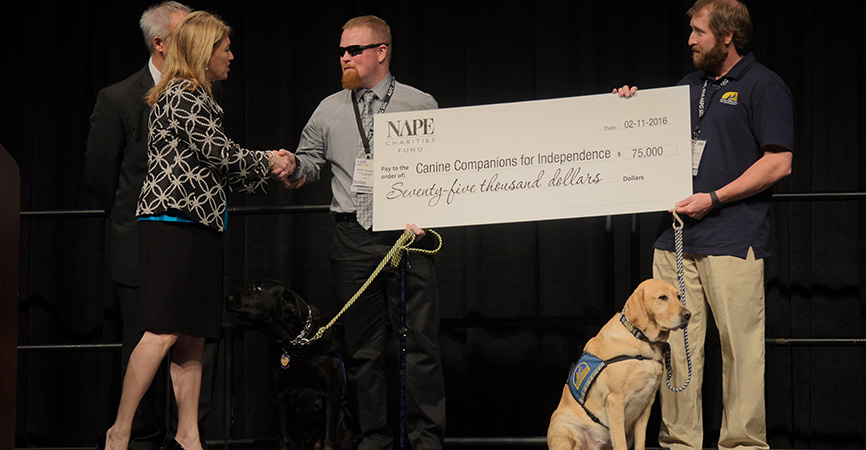 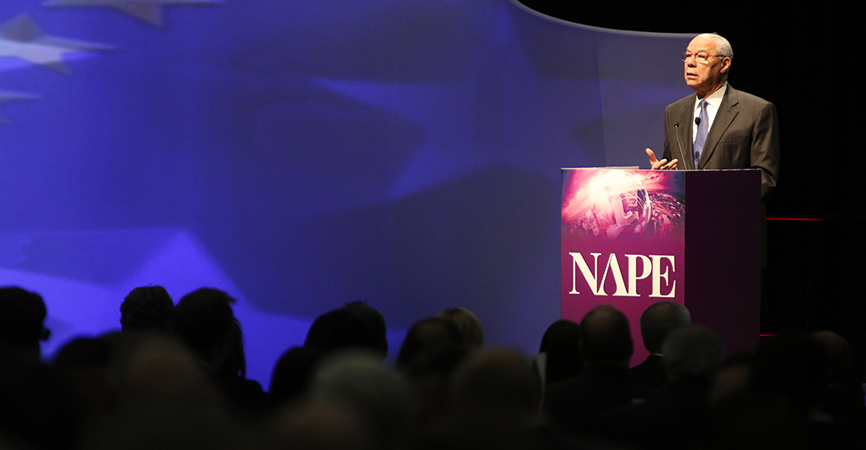 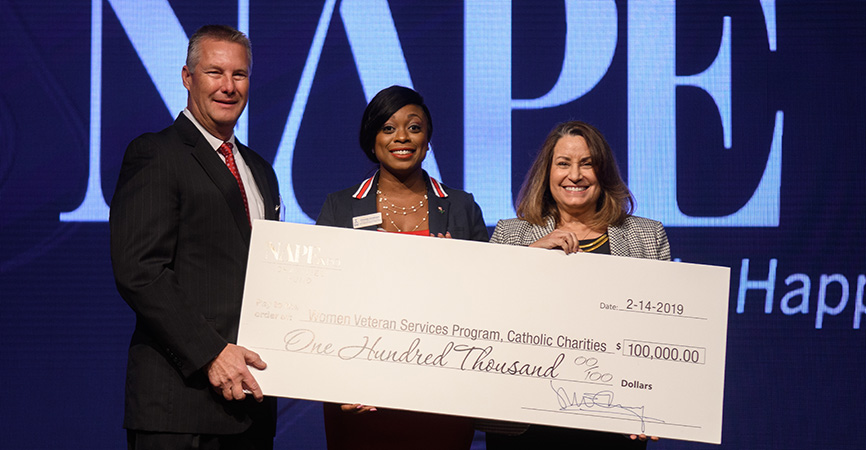 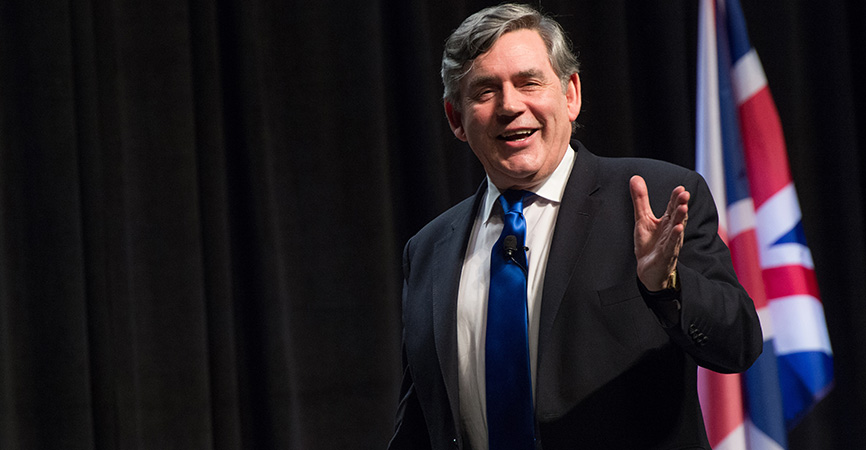 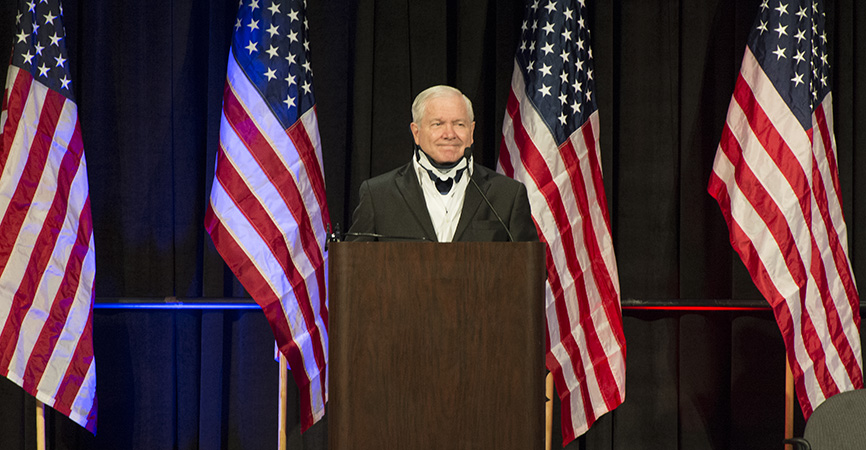 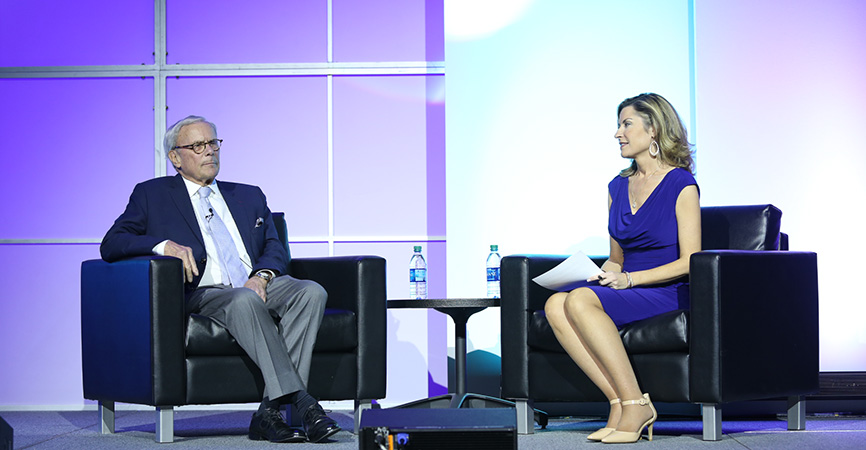 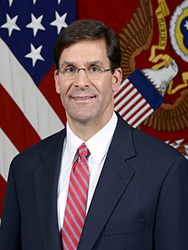 Dr. Mark T. Esper became the 27th Secretary of Defense in July 2019 when he was confirmed in an overwhelming 90-8 vote by the U.S. Senate in rare bipartisan fashion. Esper went on to successfully lead the Defense Department through an unprecedented time in the nation’s history: from conflict with Iran, an ongoing military campaign in Afghanistan, and counter-terrorist operations in the Middle East; to open competition with China and Russia amidst a fundamental shift in the geo-strategic environment. And from the greatest civil unrest and political turmoil America has seen in decades, to a major recession and the spread of a global pandemic the world had not experienced in over one hundred years, all while dealing with an unpredictable White House. Dr. Esper’s memoir, A Sacred Oath, chronicles this turbulent and critical period of modern American history.

As Defense Secretary, Dr. Esper was responsible for ensuring the United States’ national security, protecting the American people at home and abroad, and advancing the country’s interests globally. In this capacity, he led the largest and most complex organization in the world given its nearly three million service members and defense civilians, $740 billion annual budget, and trillions of dollars of weapons, equipment, and infrastructure located at 4,800 sites in over 160 countries. Esper’s broad scope of responsibilities ranged from organizing, manning, training, and equipping the joint force, to the research and development of future weapons, concepts, and equipment, and from defense trade, diplomacy, and cybersecurity, to healthcare, hospitals, housing, and schools.

Dr. Esper made major strides in implementing the National Defense Strategy, which called for a return to preparing for high intensity conflict in a new era of great power competition with China and Russia. Esper established the Space Force and Space Command, proposed a dramatic change in the size and composition of the U.S. Navy, enhanced the resourcing and operations of Cyber Command, and led a major reform effort that reorganized the department and freed up billions of dollars for higher priorities. He worked hard to strengthen alliances and grow new partners, especially in the Indo-Pacific, and helped drive a major increase in the readiness and capability of NATO members while proposing to reposition U.S. forces farther east in Europe to deter Russia. Esper also advancing new warfighting, operational, and readiness concepts in the U.S. military.

Meanwhile, Secretary Esper oversaw the largest R&D budget in the department’s history, drove spending on innovative technologies such as Artificial Intelligence, directed energy, robotics, and hypersonics, and launched the biggest initiative in decades to improve diversity and inclusion in the armed forces.

Prior to becoming Defense Secretary, Dr. Esper served as the 23rd Secretary of the Army from November 2017 until June 2019. In this capacity, he was responsible for over 1.5 million active, Guard, and Reserve Soldiers and Army civilians, a budget of $180 billion annually, and all aspects of leading the world’s most capable ground combat force. During his tenure, Esper launched a renaissance in how the Service organized, manned, trained, and equipped the force as it shifted its focus back toward large-scale combat operations against great power competitors.

Dr. Esper was a reformer who spearheaded an extensive review process dubbed “night court” that reduced organizational inefficiencies and eliminated scores of programs to free up funding for critical modernization initiatives. He also established a new U.S. Army Futures Command designed to improve the Army’s acquisition process and bolster its broader effort to field a modernized force capable of fighting in all domains. Finally, he directed an overhaul of Army recruiting standards and processes, the lengthening and toughening of Infantry Basic Combat Training, and the development of a new Talent Management system for the Service, all while advancing important initiatives for Army spouses and families.

Dr. Esper graduated from West Point with distinction in 1986 and received his commission in the Infantry. During 10 years on active duty, he served in the 101st Airborne Division and participated in the Gulf War with the “Screaming Eagles,” and later commanded an airborne rifle company in Europe in what is now the 173d Airborne Brigade. He then served another eleven years in the National Guard and Army Reserve. From 1996 to 1998, Dr. Esper was chief of staff at The Heritage Foundation think tank, and later served in senior positions on the Senate Foreign Relations Committee, Senate Government Affairs Committee, and House Armed Services Committee. Esper was Deputy Assistant Secretary of Defense for Negotiations Policy from 2002 to 2004 and National Security Advisor for Senate Majority Leader Bill Frist from 2004 to 2006.

From 2006 to 2007, Dr. Esper was the Chief Operating Officer and Executive Vice President of Defense and International Affairs at the Aerospace Industries Association. He then worked as the National Policy Director on the 2008 presidential campaign of Senator Fred Thompson and as a Senate-appointed commissioner on the U.S.- China Economic and Security Review Commission. From 2008 to 2010, he served concurrently as the Executive Vice President for the U.S. Chamber of Commerce’s Global Intellectual Property Center and as Vice President for Europe and Eurasian Affairs. He was a senior executive at the Raytheon Company from 2010 to 2017. And from 2006 to 2010 he was an Associate Professor at the Missouri State University Graduate Studies program in northern Virginia.

Esper holds a Bachelor of Science degree from the United States Military Academy, a Master of Public Administration degree from the Harvard Kennedy School of Government, and a doctorate in Public Policy from George Washington University.

During his 21-year military career, Dr. Esper earned numerous awards and honors, including the Bronze Star, Legion of Merit, and Combat Infantryman’s Badge. He is a two-time recipient of the Department of Defense Medal for Distinguished Public Service and received the Minuteman Award for outstanding service from the National Guard Bureau in April 2021, and the General Andrew J. Goodpaster Award for outstanding leadership and selfless service from the George C. Marshall Foundation in July 2021.

Dr. Esper is a member of the Council on Foreign Relations, the Veterans of Foreign Wars, and the American Legion. He is also the first John S. McCain Distinguished Fellow at The McCain Institute in Washington, D.C., the Distinguished Chair of the Modern War Institute at West Point, and a Board Member of the Atlantic Council. Dr. Esper also serves on a number of private equity and venture capital portfolio company boards. He is a partner at venture capital firm Red Cell partners, where he chairman of the national security practice.

Dr. Esper and his wife, Leah, have been married since 1989 and have three adult children. 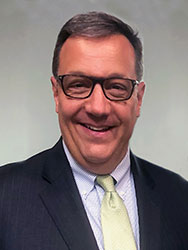 Dan Naatz is the chief operating officer and executive vice president for the Independent Petroleum Association of America – a nonprofit trade association headquartered in Washington, D.C. IPAA serves as the nationally recognized voice for the exploration and production segment of the industry, and Naatz and his award-winning team of experts advocate its members’ views before the United States Congress, the administration and federal agencies. In his current role, he manages all legislative, regulatory and political activities for IPAA.

Prior to IPAA, he spent 12 years on Capitol Hill working for the late Sen. Craig Thomas in various capacities including chief of staff and legislative director.

Naatz holds a bachelor’s degree in political science from Colorado College and a master’s degree in public administration from the University of Virginia.